See what the best hair salon in Philadelphia has to say about beauty, experts in the field, lifestyle, haircuts, hair color, balayage and what is best for your look!
Font size: + –
Subscribe to this blog post Unsubscribe
Print

The organization giving the gift of confidence with makeovers

The organization giving the gift of confidence with makeovers

PHILADELPHIA (WTXF) - A local organization is giving back with the gift of confidence by providing makeovers to people in need of a confidence boost.

Before we could even ask the first question it was clear that talking about overcoming obstacles during the holidays was going to be hard for Nicole Brinson.

“I had my three kids which my husband wanted, we’ve been together since I was ten years old, only person I was ever with.  When I was 27 he passed away from an asthma attack when he was 28,” Nicole explained. 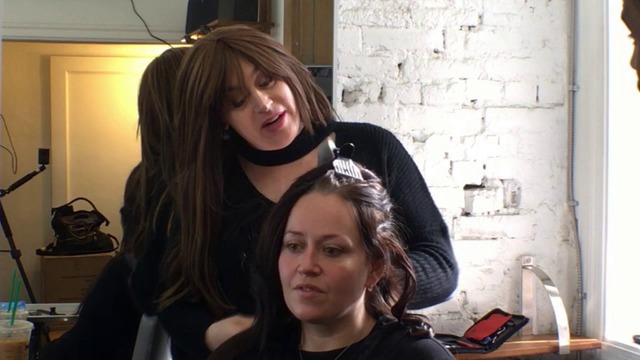 She says that her life from that point on was an understandable struggle.

“I suffered from addiction trying to numb my pain, I also felt like I wasn’t worth nothing so I didn’t want to be here.  I thought my kids were better off with somebody else,” she added.

But, Nicole found people who cared about her.  She worked with Career Wardrobe who helps with job training and professional clothing and this holiday season, things are getting better.

So what do you give someone who’s had a rough year, worked hard to overcome and looking to start 2018 on a positive note? Drea Richard of Andre Richard salon says maybe you give them hope.

“I’m doing it because this is the best way I know how to give back.  Giving the gift of beauty,” Drea explained.

Drea and her Salon decided to give makeovers today to Melissa, Tyiraeen, and Nicole.  They all worked closely with Career Wardrobe and are all now ready to pursue a career. And what do you need to start that career or ace that job interview?

All of the recipients said confidence goes a long way.

On @FOX29philly #news at 11. Nicole’s husband died suddenly & sent her into a tailspin. Now she’s trying to recover & get a job. A local salon @PhillySalon and organization @careerwardrobe helped by giving her a makeover for upcoming job interviews #forgoodnesssake #wegothere pic.twitter.com/ltk3doYYuR

Everyone’s story wasn’t as tragic as Nicole’s.  Tyireaan wants to start a business and needed an edge, Melissa just wants some stability.  But as superficial as it may seem to some, you could see the transformation they went through in just a few hours.

Drea said your appearance can change everything.

“You kind of clean some of the clutter out of the way and you get to see who you really are,” Drea said.

The before and after pics were startling and the positive feelings of all of the young women put a smile on everyone’s face.

Drea Richard and Career Wardrobe in some small way helped these three women on their way with the gift of confidence, For Goodness Sake.

No comments made yet. Be the first to submit a comment